The eastern foothills of Himalayas: the trip of a lifetime

The Himalayas are a mountain range that covers a wide area in South Asia, containing a few of the largest peaks in the world. The Himalayas are located in the cold regions of five countries: India, Nepal, Bhutan, China, and Pakistan. The Himalayas cover the Northern and North-eastern parts of India. Although collectively the culture, weather, and traditions vary throughout the Himalayan ranges; the eastern region of the Himalayas vividly stands out with its history and beauty.

Further, let’s discuss a few of the most popular destinations in the eastern Himalayan range – destinations that remain in the states West Bengal and Sikkim:

Darjeeling, aka the ‘Queen of Hills’ is a small hill station in West Bengal, located on the foothills of eastern Himalayas. Famous for its tea tourism, the tea gardens here produce the finest of Darjeeling tea. Darjeeling offers a great view of the Kanchenjunga range and an adorable journey through the toy train. When you go on the toy train ride, you can enthral yourself with the mesmerizing views of Kanchenjunga. One can visit many treks and tourist spots nearby Darjeeling. Darjeeling is a beautiful small town with a lot to offer. 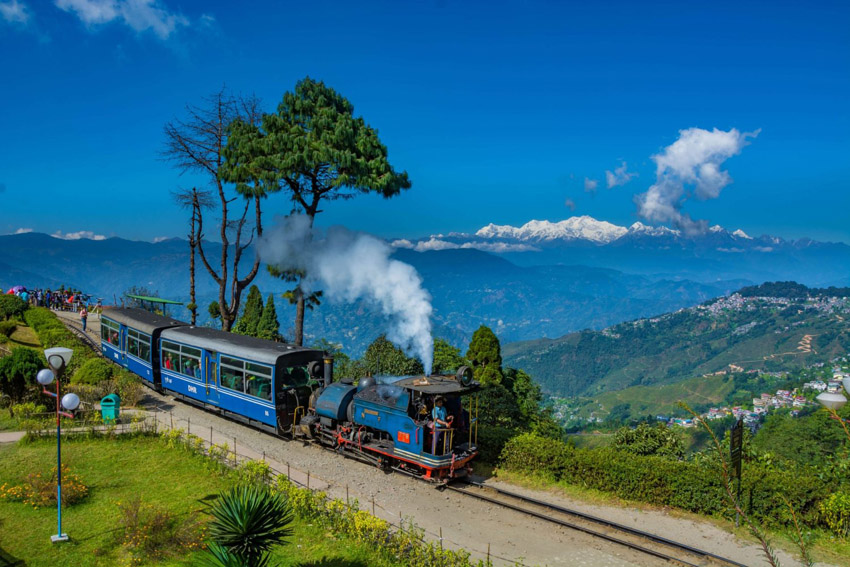 Gangtok, the capital of Sikkim, is another city that lies on a ridge with fine views of the Kanchenjunga. Gangtok is an attractive reflection of modern development yet, keeping intact, the zest of Sikkim’s traditional values. Gangtok has handicrafts and Tibetan carpets which reflect its arts and culture. It is surrounded by regions that are abundant in natural beauty and have various natural attractions such as the Tsomgo Lake, Ban Jhakri falls, Tashi, Nathula Pass, and many more. 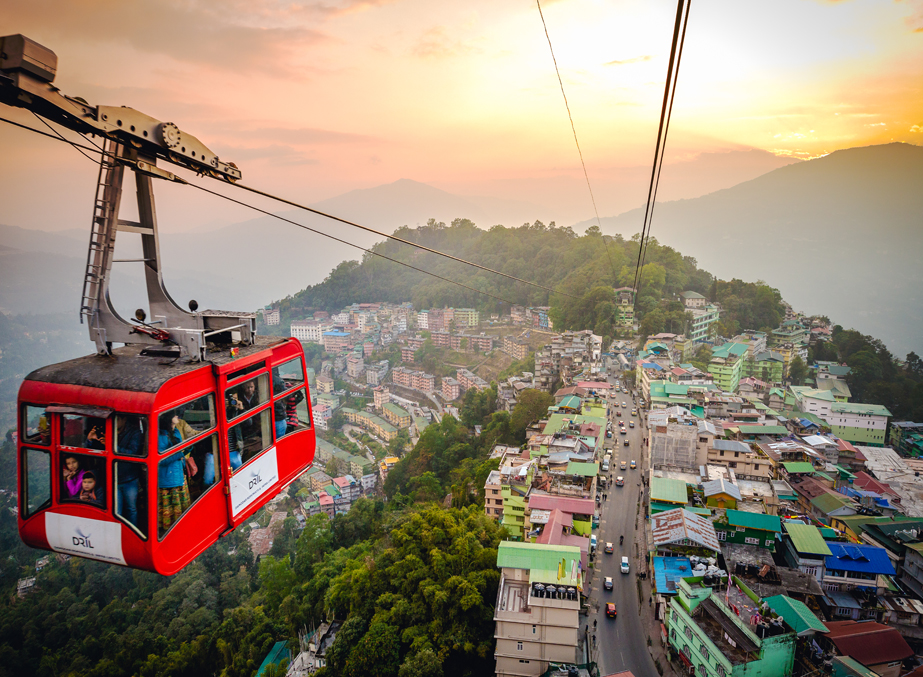 Kalimpong, an erstwhile royal hill station located near Darjeeling in West Bengal, was ruled by the kingdoms of Sikkim and Bhutan until the mid of 19th-century. It is a landmark on the ancient Silk Route. Filled with thick bamboo grooves and orchid fields; Kalimpong has pleasant weather throughout the year. If you are in Kalimpong, you should try paragliding and climbing on Deolo Hill to take in the scenic views of the mountains of the eastern Himalayas. 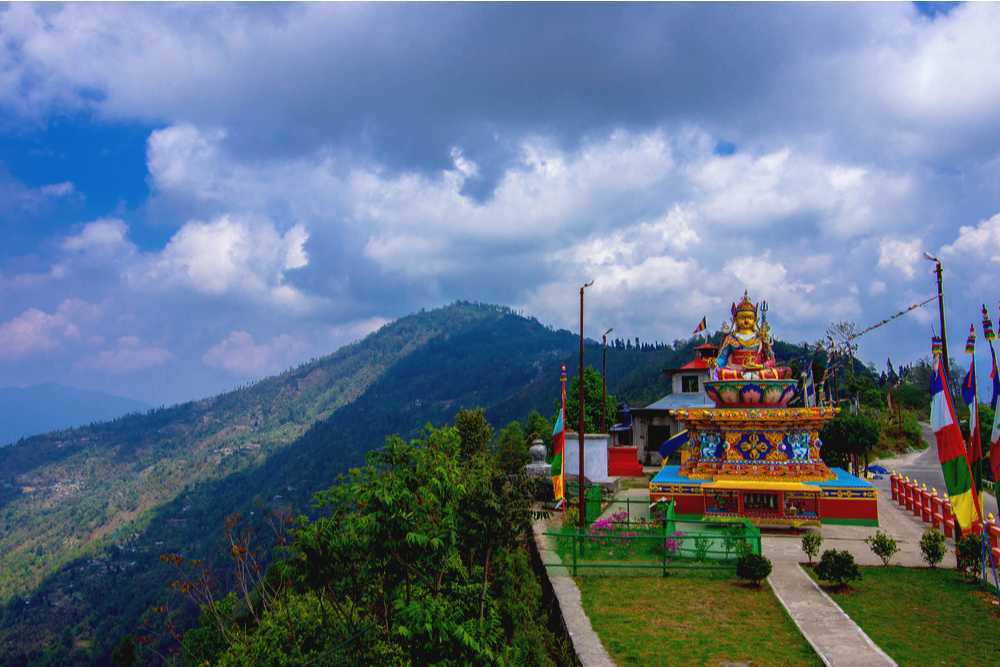 Lachung is one of the most beautiful Himalayan villages nestled in the lap of North Sikkim. You can find tall dark mountains, magnificent waterfalls, glacial rivers, and alluring fruit orchards in Lachung. The village is best for adventurous people and photography lovers. Lachung is near the Tibetian border, and it is famous for tourist attractions like Yume Samdong (Zero Point), Yumthang Valley, Bhim Nala Falls, Naga Waterfall, and Shingba Rhododendron Sanctuary. Freshly made fruit jams, sauces, and marmalades are a specialty here. 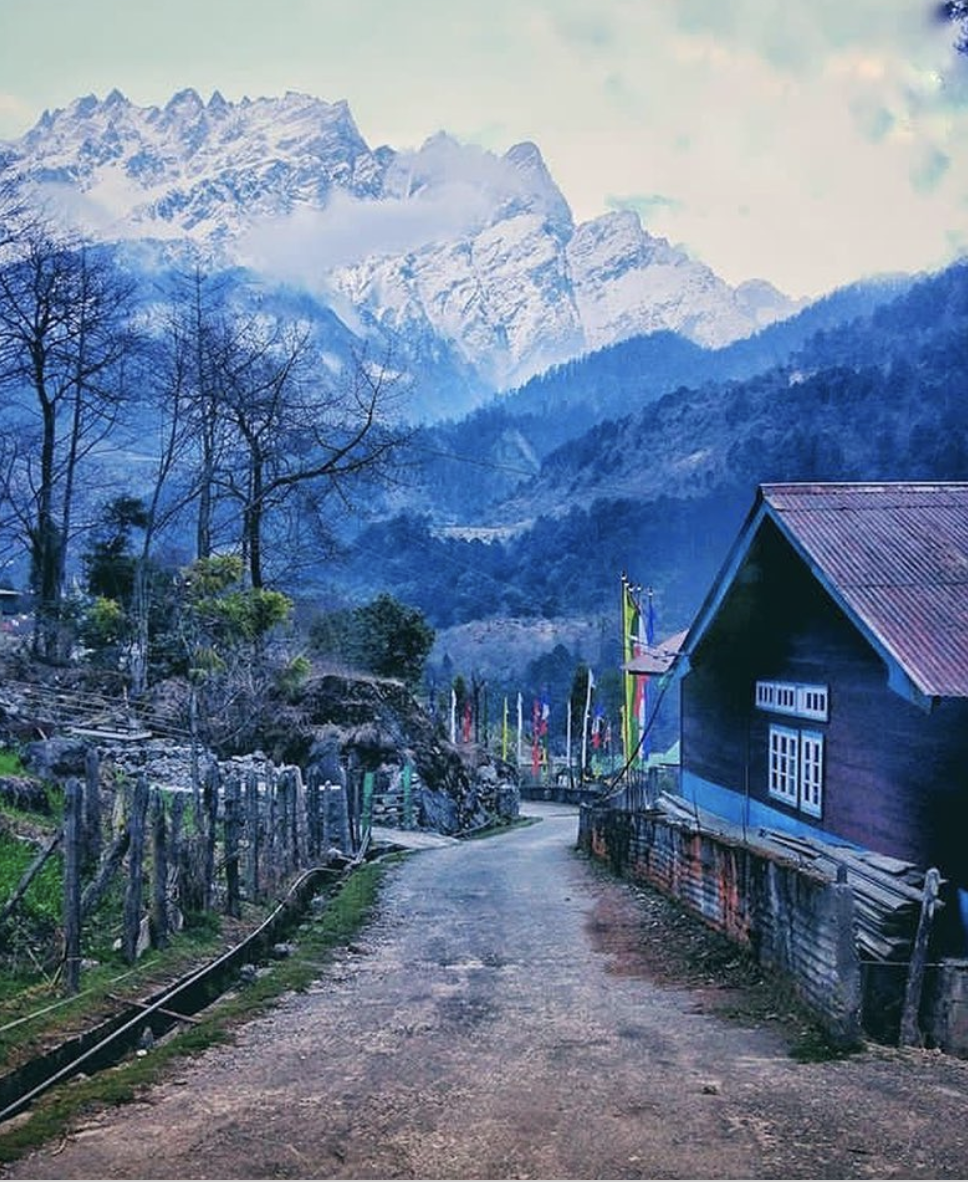 Pelling is a scenic beauty and one of the most popular tourist destinations in Sikkim. It is home to Rabdentse ruins which were the second capital of the Kingdom of Sikkim. Kanchenjunga falls, a beauty that holds your attention, and Pemyangtse Monastery, which has over 370 years old – both are located in Pelling; one holds beauty and the other holds history. During winter, Pelling is sometimes covered with a blanket of snow. During the sunset, you can view the gold glistened, white-capped mountains. Pelling is a peaceful small town, where one can find nature, culture, and history.

The golden hour accessorising the mountains during sunset, a view one can commonly absorb in Pelling.

All of these locations are located near the foothills of the Eastern Himalayas; a round trip including these places can be adventurous, heavenly, beautiful, and peaceful. Only you can make it a trip of your lifetime! 🙂 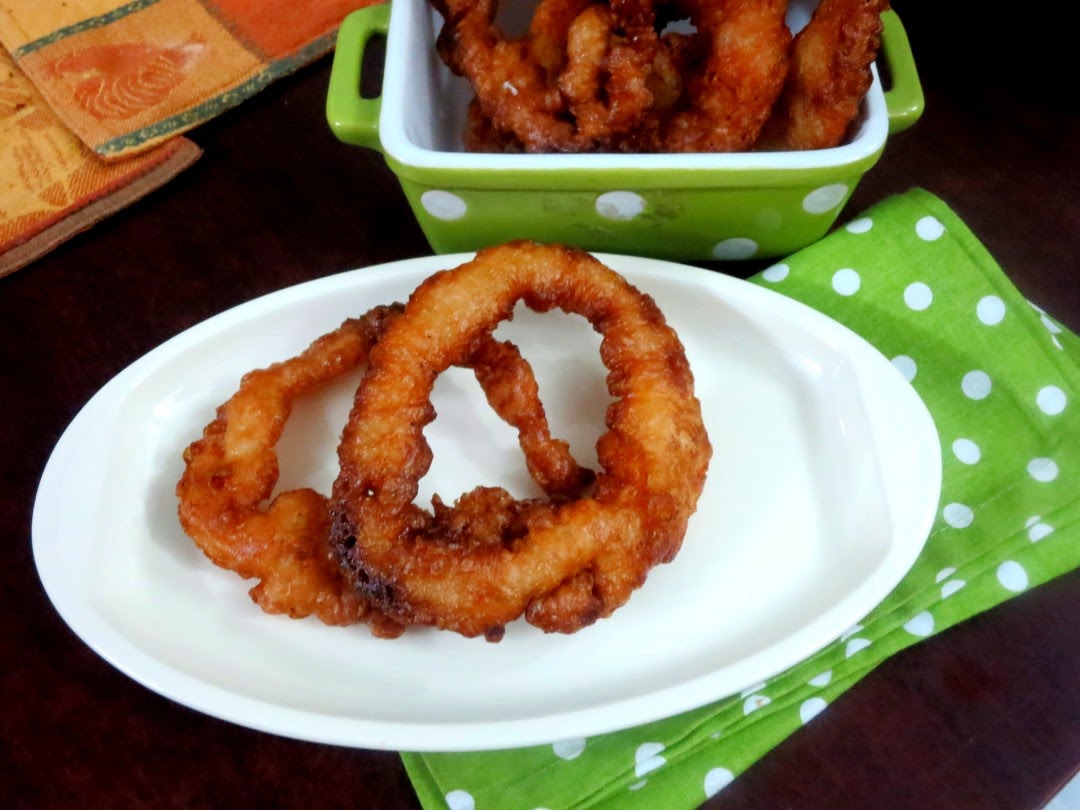 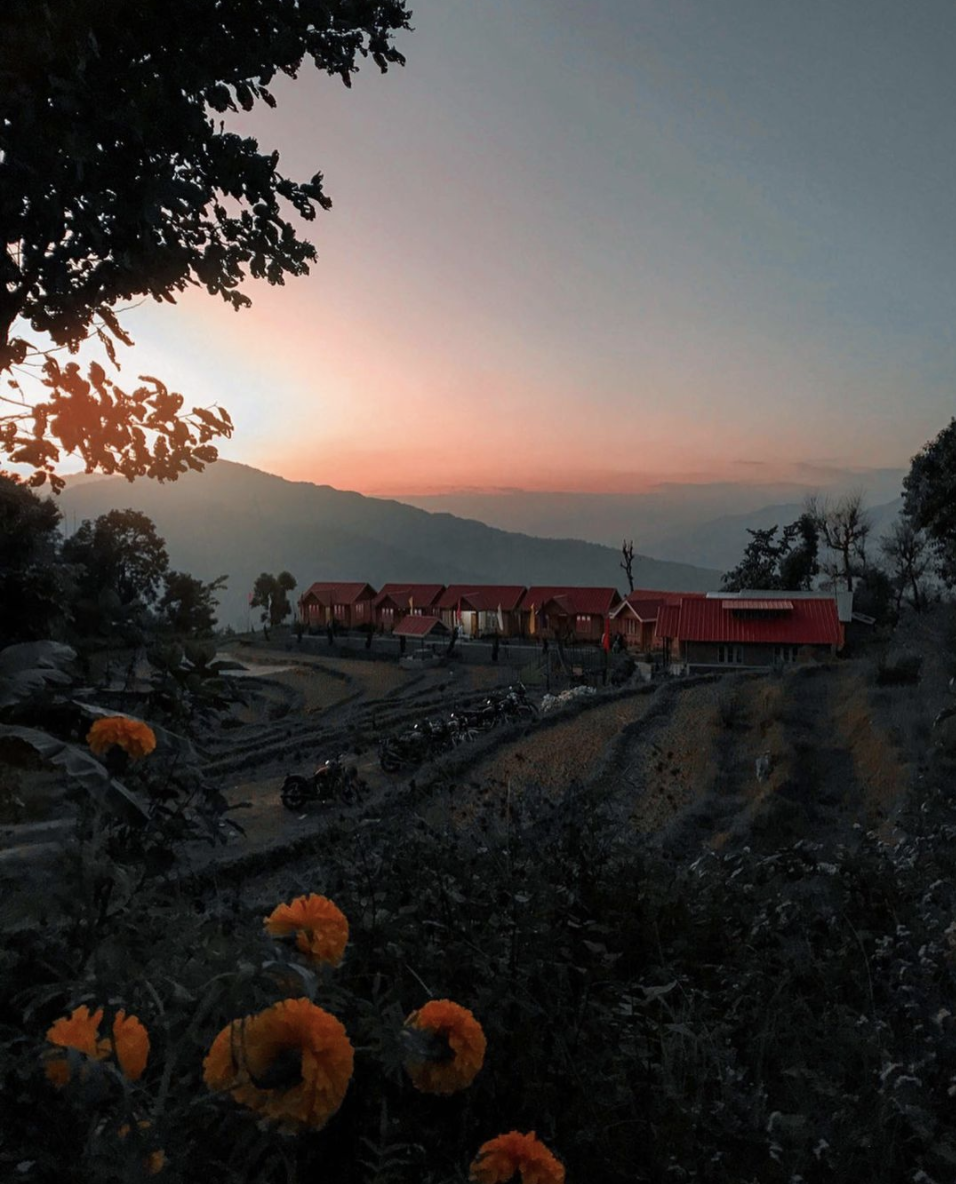 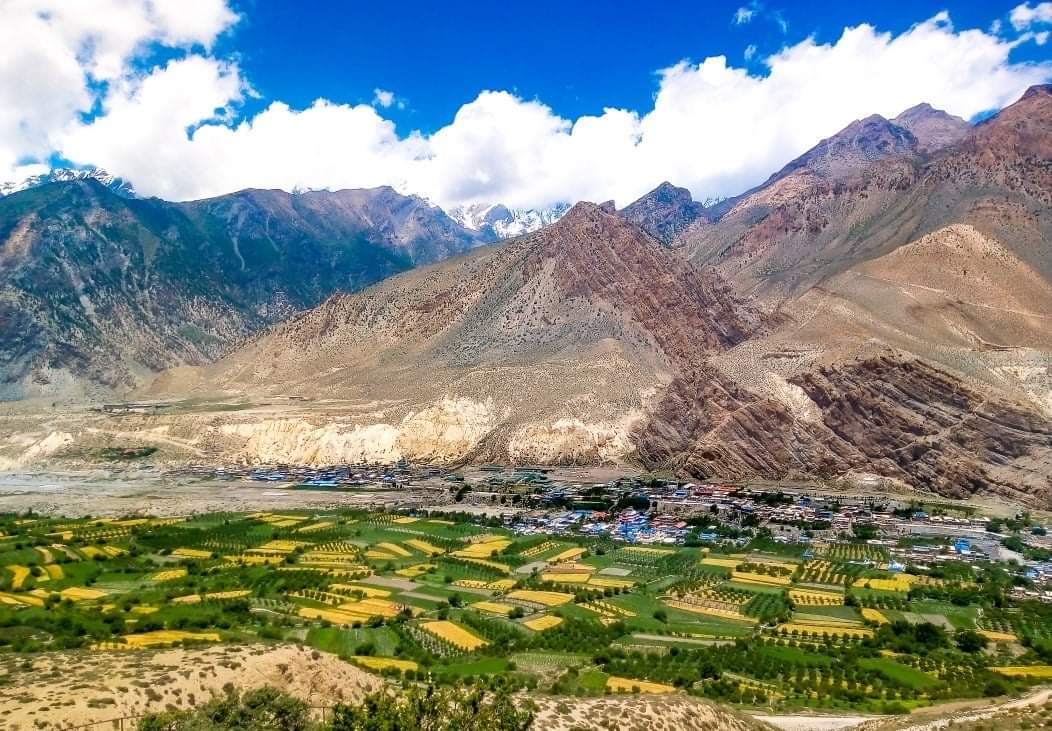 Tips for going on a trek to Himalayas

Kolkata: The City of Joys and its lesser-known facts

A travel guide to the Sundarbans