The history of Shashi Kapoor, Kolkata, & The Elgin Fairlawn 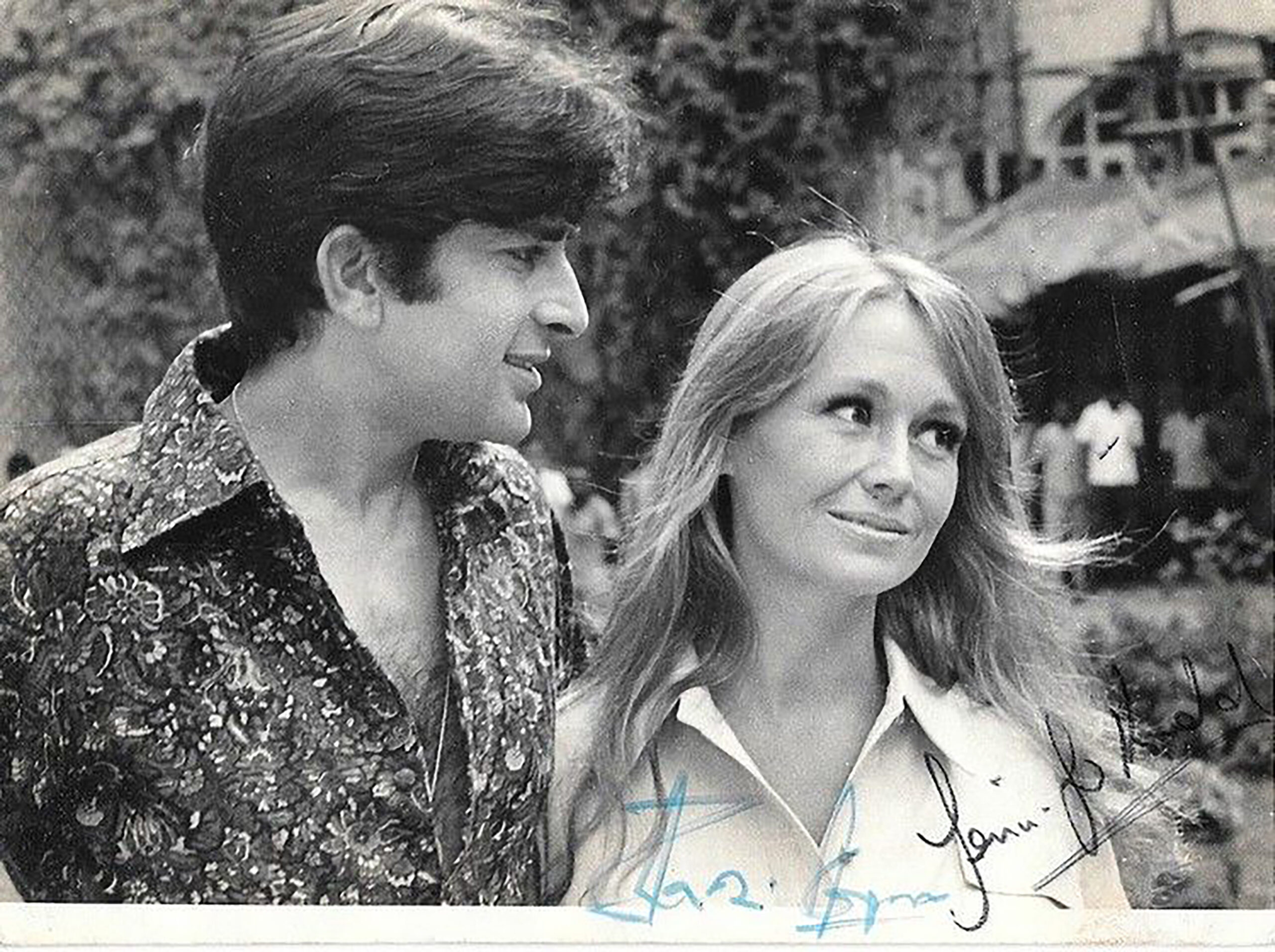 Room number 17 of Elgin Fairlawn in Kolkata preserves the memory of the late actor Shashi Kapoor, who continues to be a
part of the hotel’s legacy. The Elgin Fairlwan, Kolkata since 1783 has stood on the junction of Madge Lane and Sudder
Street, within a two-minute walk from the famous New Market. It has a rich history collected over time, as it has gone
through multiple political eras of India.
The ‘Shashi Kapoor room’ or room number 17 has been redecorated and renovated by Elgin Fairlawn and continues to
tribute and cherish the memory of the veteran actor and his history with the hotel. 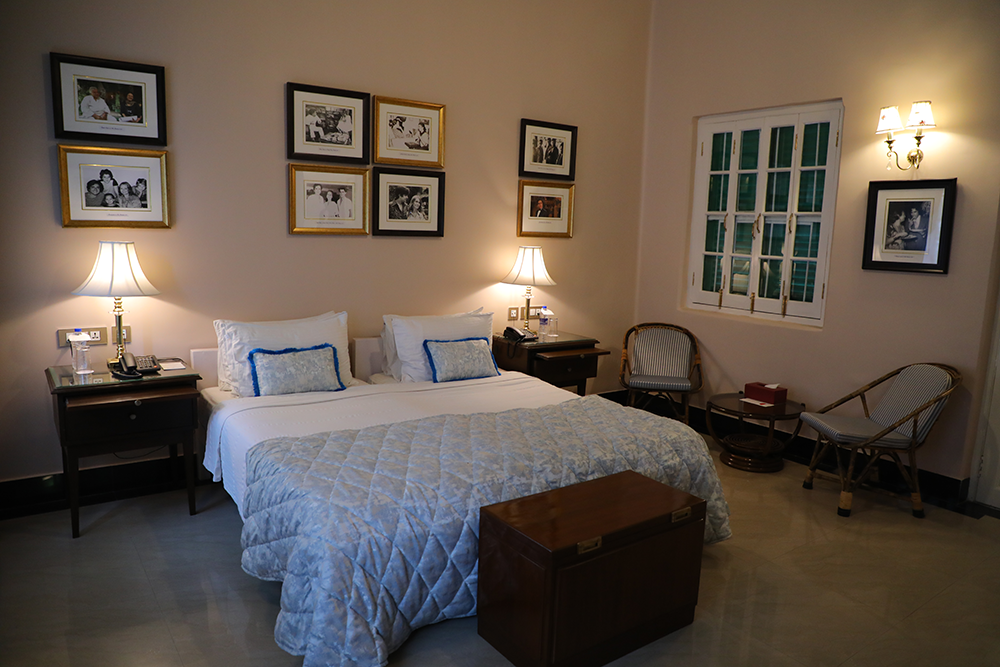 Kapoor was born in Calcutta, during the British Raj, in the year 1938 to Indian cinema’s legacy family, the Kapoor’s. Shashi
kept coming back to the City of Joy, Kolkata a name rightfully earned for its soulful embodiment of culture, love, mystery,
respect, enthusiasm and definitely some amazing sweet delicacies. His love for the city ran deep, but his love for Fairlawn
was deeper. In 1956, he met the love of his life, Jennifer Kendal; in the very city he admired and valued.

At the time Jennifer worked with her father Geoffrey Kendal’s theatre group, Shakespearana; whilst Shashi worked as a
stage manager at his father’s Prithviraj theatre. One of the reasons for Shashi and Jennifer to fall for each other in Kolkata
was their love for theatre, and Kolkata’s appreciation for theatre, art, and music. Once a guest at the Fairlawn Hotel, the
Kendal family continued to make reservations at the hotel on every visit to Kolkata. Shashi and Jennifer even put-up plays
and acts in the upstairs lounge of the hotel. The history, legacy, stories, and the colonial charm of Fairlawn keeps its guests
intrigued about its magnificent journey.
In the 1950s, the staff of Fairlawn saw the couple’s budding romance, while watching Shashi Kapoor flourish as a top
Indian actor. Geoffrey was against the relationship between Jennifer and Shashi, despite this opposition, the couple tied the
knot in Mumbai and returned to Fairlawn Kolkata to spend their Honeymoon in 1958.
In 2018, Fairlawn’s legacy ownership changed from Jennifer Ann Fowler to Oberoi-owned Elgin Hotels. Fairlawn was built
by William Ford in 1783 after he bought the land on Sudder Street from Sheikh Ramjan and Bhonay. In the 20th century,
in the year 1900, Fairlawn was under Miss Clarke and Miss Barrett, who then sold the hotel to Mrs. Rosie Sarkies in 1936.
Fairlawn was run by Jennifer Ann Fowler who had worked with her mother Violet Smith (up until a few years before
Violet’s death). Violet inherited the hotel in 1962 from her mother, Rosie Sarkies. 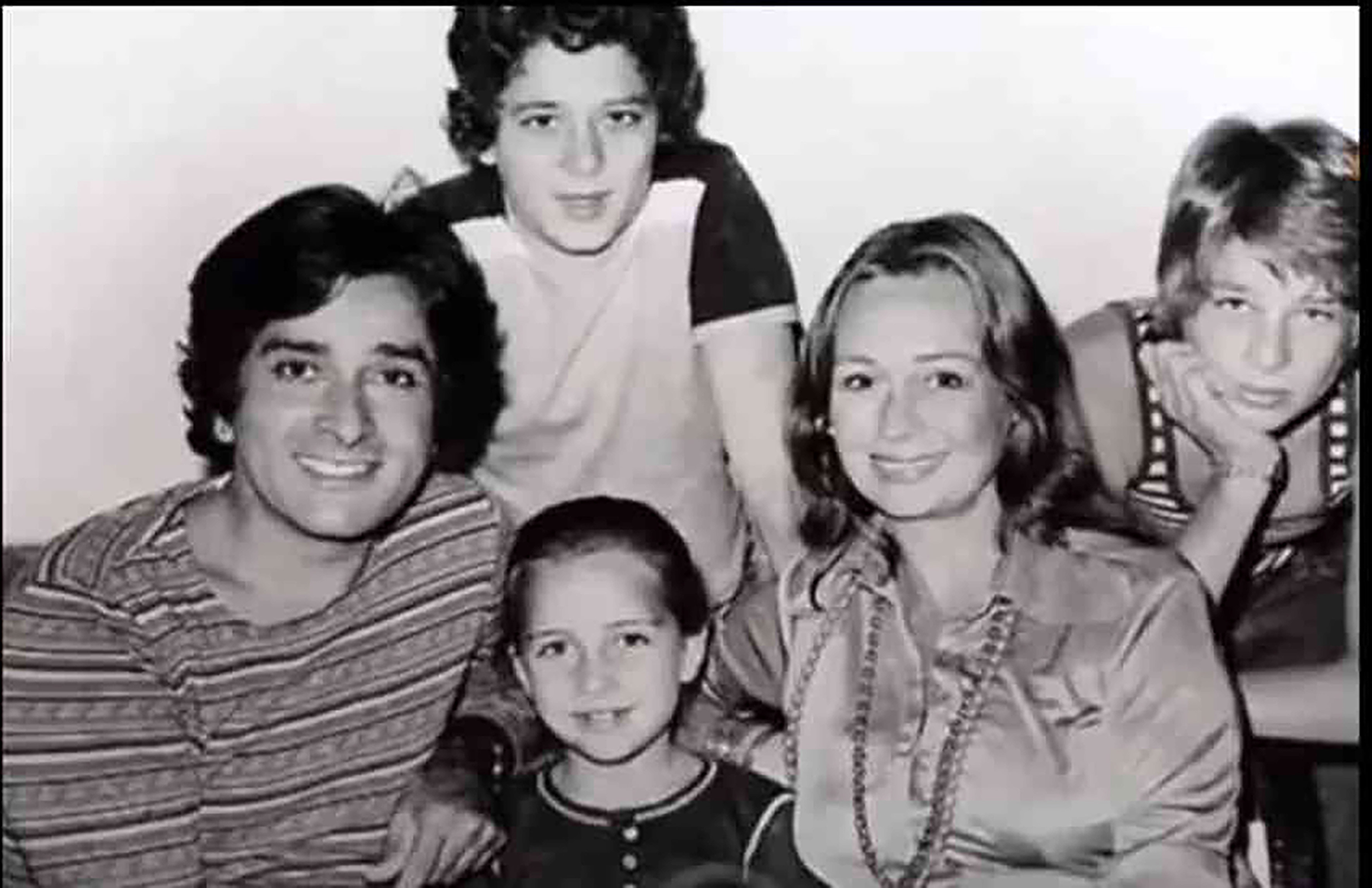 Shashi chose to keep his personal life away from his professional on, Jennifer’s death affected him a lot, as many have
mentioned, including the then manager at Fairlawn hotel, Rabindranath Pal.
Rabindranath Pal worked at Fairlawn for almost 43 years, out of which he got acquainted with Shashi Kapoor in 1981,
during the shoot of ‘36, Chowringhee Lane’. During this Shashi stayed at Fairlawn with his wife Jennifer, and his children.

Talking about one of Shashi’s surprise visits, Pal said that “I was not aware that he is in Kolkata. In the morning, I went to my
office and was surprised to see him standing at the main gate and chatting with the gatekeeper. After all, he was a valued
guest and could have gone straight to his favourite room. He hugged me and said, ‘ami cha khabo (I want to have tea). I am
craving for cha’ (tea).” 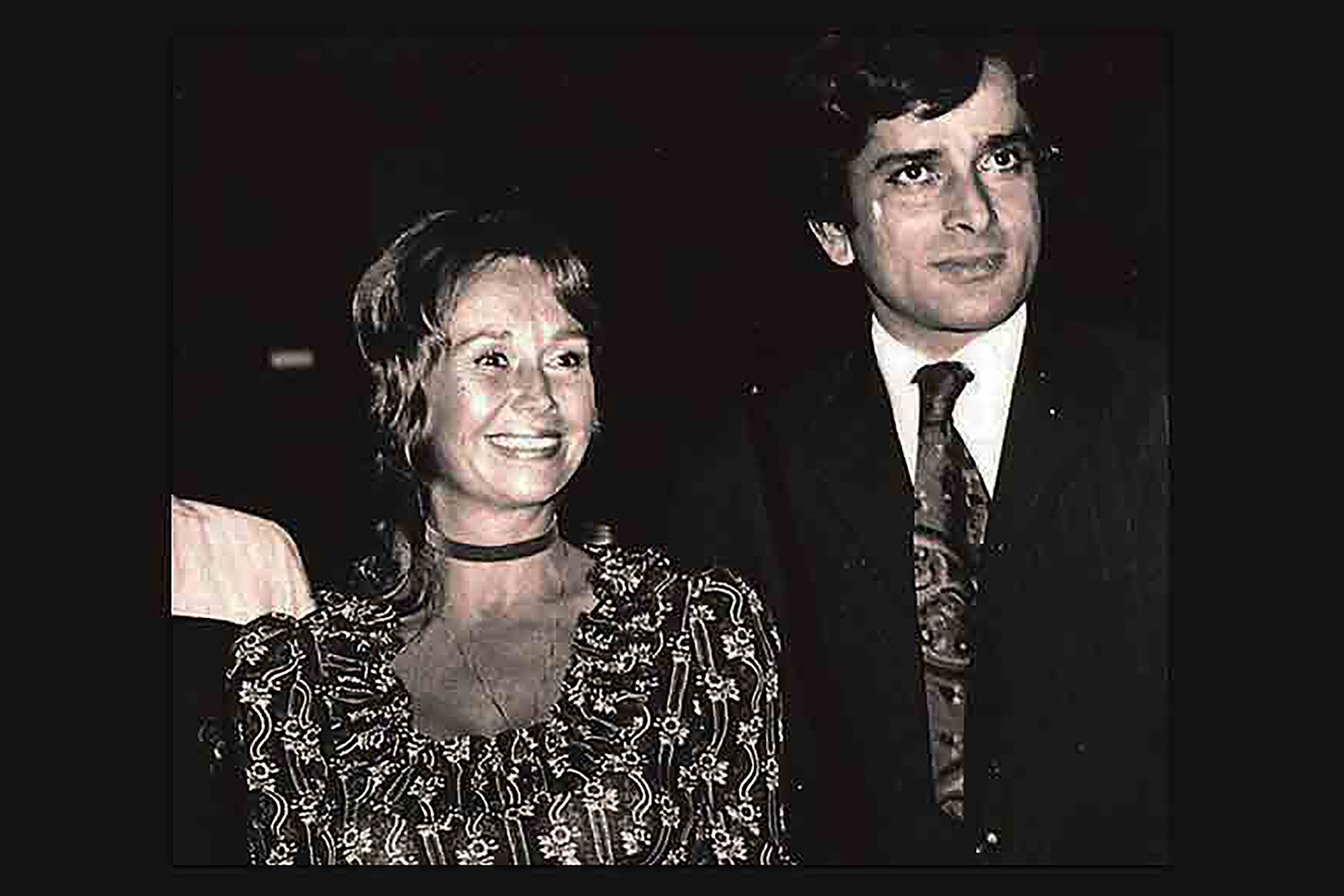 Shashi Kapoor & his wife, actress Jennifer Kendal at The Elgin Fairlawn Hotel in 1983

He then went on the mention that at Fairlawn, Shashi never used to ask for luxury items and foods, all he would ask for is
‘chai aur charcha’ (tea and chat). According to Pal, Shashi mellowed down after his wife’s death. Pal and the rest of the staff
have seen Shashi’s kids, Sanjana, Kunal, and Karan grow up in front of them; strengthening of bond shared between Shashi
Kapoor and Fairlawn hotel.
Kapoor appeared in some firsts of Merchant-Ivory Productions a film company founded in 1961 by producer Ismail
Merchant and director James Ivory, like ‘the Householder’. Some of the more noteworthy Merchant-Ivory work was done by
Shashi are 1970 ‘Bombay Talkie’ with his wife Jennifer, 1965 Shakespeare Wallah which was a Berlin Film entry, and the 1983
‘Heat and Dust’ which was a Cannes entry.
Ismail had met Shashi before James met the actor. When James met Shashi, he was struck by how extraordinarily handsome
Shashi was. For the role of Prem Sagar in The Householder, writer Ruth Prawer Jhabvala believed that Shashi was too
handsome for the role. When Shashi got this news, he went to a barber shop in Delhi and asked for a lower-middle-class
Hindi teacher haircut. This is how Shashi started his work with Merchant-Ivory Productions. Merchant and Ivory were also
frequent guests at the Elgin Fairlawn, adding to the charm of the colonial hotel. 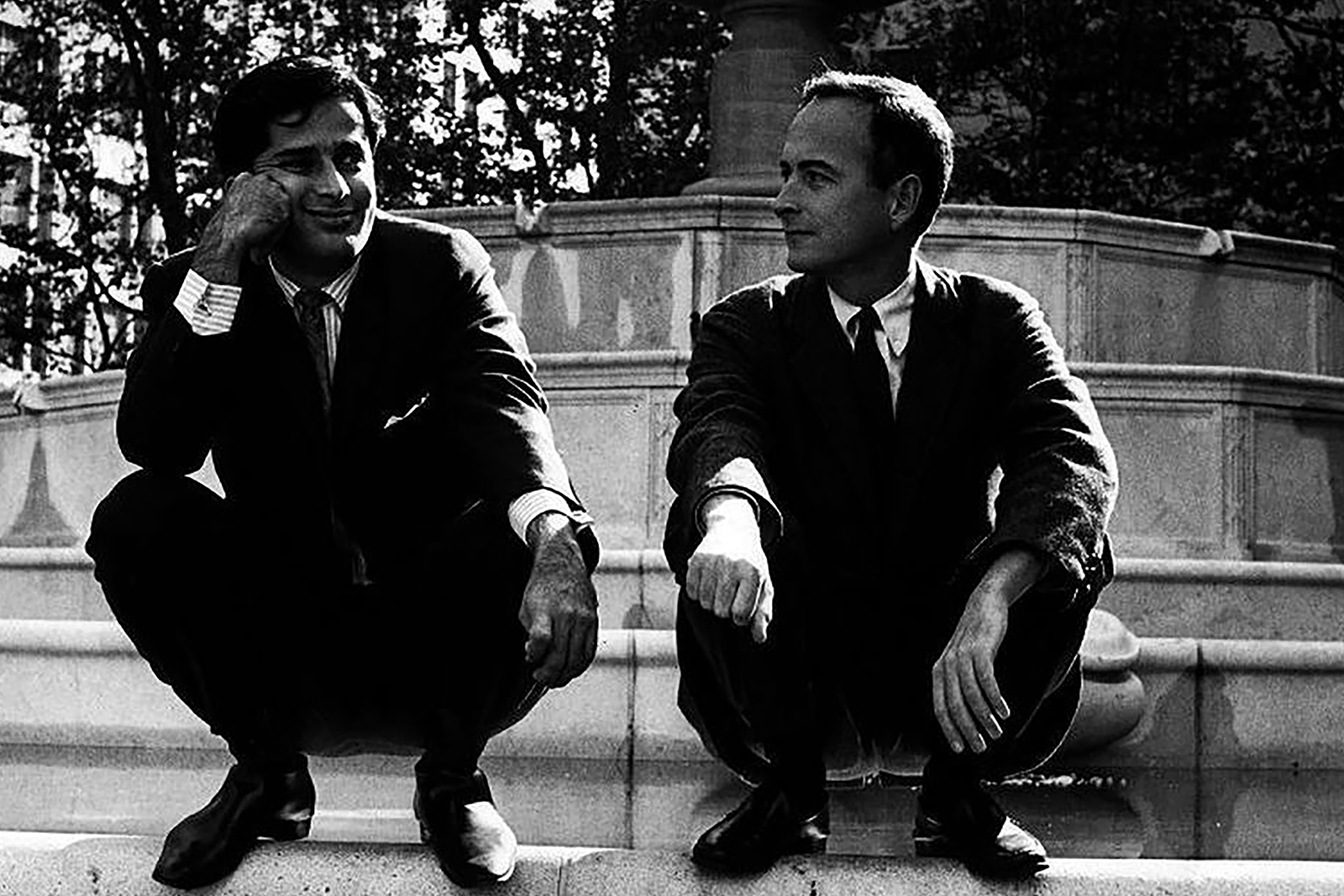 During the shooting of Shakespeare Wallah, Merchant and Ivory approached Satyajit Ray with a proposal to compose the
music for the film, for anyone who has watched Shakespeare Wallah the music played a vital role. This opportunity for Ray
turned into a friendship between him and Shashi Kapoor, who was starring in the same. In 1984, Jennifer Kapoor acted in
Ray’s film that was an adaption of Rabindranath Tagore’s novel ‘Ghare Baire’.
Shashi Kapoor is remembered as a down-to-earth, lovely, talkative, and charming man. Throughout his life, he has had a full
career by working in more than 150 movies and receiving a Padma Bhushan in 2011 for his contribution to Indian cinema. A
man who iconized the importance of a mother’s love surely left an impression in our hearts. His memory will forever sustain
in the minds of Bollywood fans. 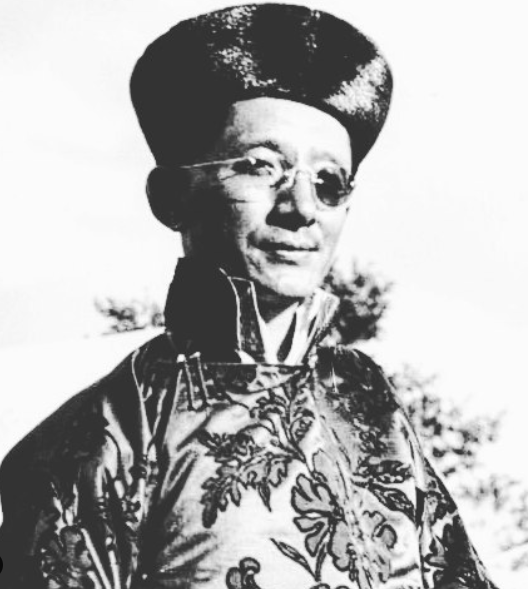 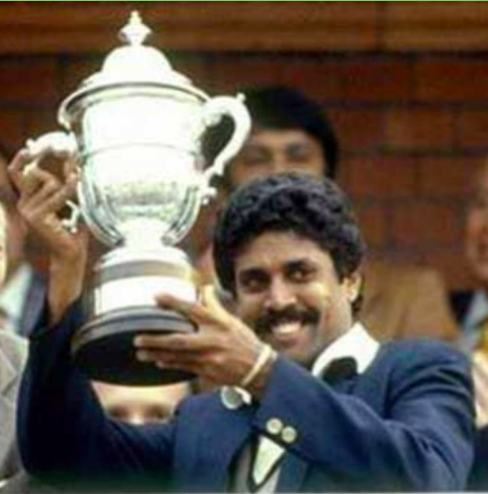 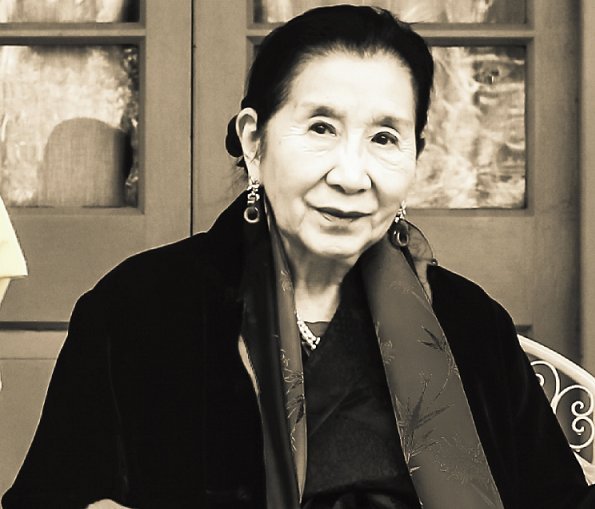 What makes Kalimpong a Royal Affair 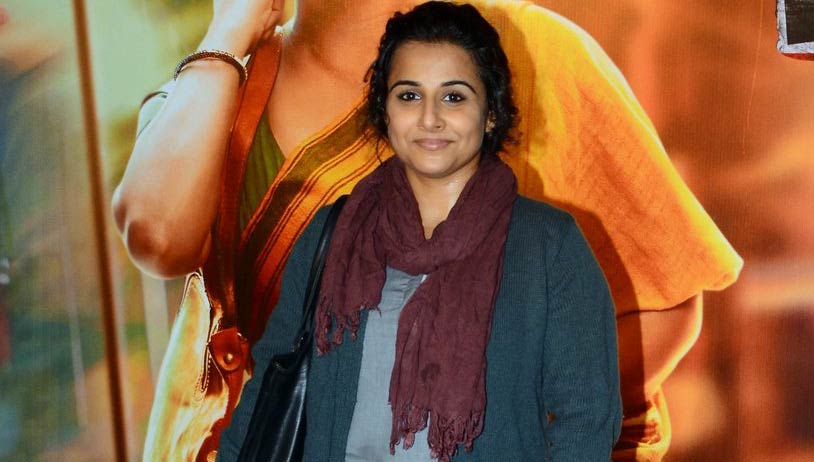